According to the mantra „everything is possible “learnings about the Covid-Pandemic have been presented and discussed at this year’s Convention4u. Barbara Skrott, Director of National Projects at Mondial Congress & Events was part of this session and presented a case study about the learnings during the past 1 ½ years of virtual mutations for different stakeholders.

Since the beginning of the pandemic Mondial Congress & Events organised 30 medical education events that originally were planned to be in-person but turned out to be held either hybrid or virtual. One-third of these had between 500 and 3.000 participants, one third between 200 to 500, and one third were events with more than 30 participants.

Our spectrum of service goes from in-person to virtual congresses and also includes hybrid formats in different versions. The illustration shows this spectrum. All previously addressed events are located in the area marked in orange.

To make all of this happen, teamwork was essential. Despite working from home and social distancing everyone got closer and had to pull together.

After an initial familiarization phase and consideration of how to deal with the new situation, new processes were quickly defined and implemented. The project teams were adapted, and the internal communication flow became even more important despite working from home. In the process, we learned one thing: Even with virtual solutions, it is essential that the team is working together in one place during the event.

But the changes have not only brought internal developments. The last 18 months have also brought new challenges regarding various stakeholders.
For many organizers, the technical and organizational effort behind a virtual event as well as the associated costs were much higher. It was, therefore, essential to create understanding for this and to build trust by communicating as transparently as possible with the organizing societies. It was also important to make the congress presidents technically fit and thus give them the opportunity to be digital hosts.

The scope of responsibilities has also expanded for the presenters. PCOs become coaches and are more than just contact persons for the speakers. They help with problems, take care of technical support and are in direct contact with the speakers. This is a development that has been greatly appreciated by all participants. In addition, recorded content has broken up traditional program structures. Videos can be used in a variety of ways and are a long-term investment that can be used extensively for other purposes such as e-learning.

After initial uncertainty about the extent to which virtual events would be accepted by the audience, there have been two key findings in terms of participants. Registration behaviour has changed little and is less short-term than anticipated. Price sensitivity with regard to virtual offerings is also less pronounced among participants in medical congresses than had been feared. On the other hand, it has been shown that outreach, i.e. the acquisition of new target groups that were geographically outside the previous catchment area – contrary to what was assumed – was only successful to a limited extent. This is particularly noticeable at Austrian congresses, where few additional participants from the DACH region took part.

The sponsors of symposia have turned out to be the clear winners of the virtual mutations. Content works very well online. In comparison, exhibitors are among the losers since personal exchange is difficult virtually. Creativity is, therefore, more in demand than ever: new package solutions, alternative formats such as mini sessions instead of exhibition stands, or goodie boxes that participants receive in advance by mail.

A clear learning curve can be observed not only internally, but also with suppliers such as technical companies. Here, good cooperation should be emphasized – the conviction that we are all in the same boat has fortunately become increasingly widespread.

Now the question arises, where do we go from here and which of these changes have come to stay? The pandemic has made the delegates much more receptive to virtual education events. The previous developments suggest that in the future there will be a wide range of offerings in which, for example, short conferences with long travel times for participants may only be held virtually. It has become clear that there will be no “one-type-fits-all” solutions, but that virtual events must be prepared to suit the target group. For larger conferences (especially annual meetings of medical societies), it is to be expected that the focus will remain on face-to-face events, because the personal exchange is the central element of these training courses. We will only know for sure where the journey is heading and how the congress landscape will be reorganized after the pandemic once we have experienced at least one congress season under “normal” conditions. 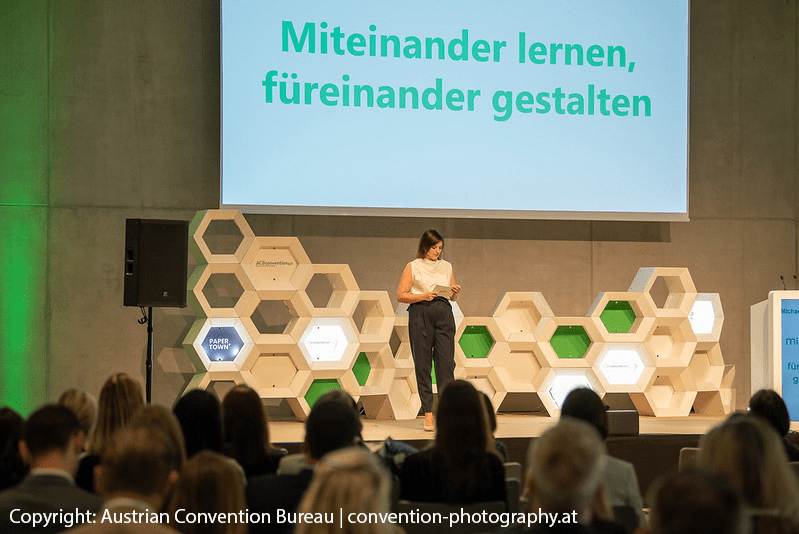